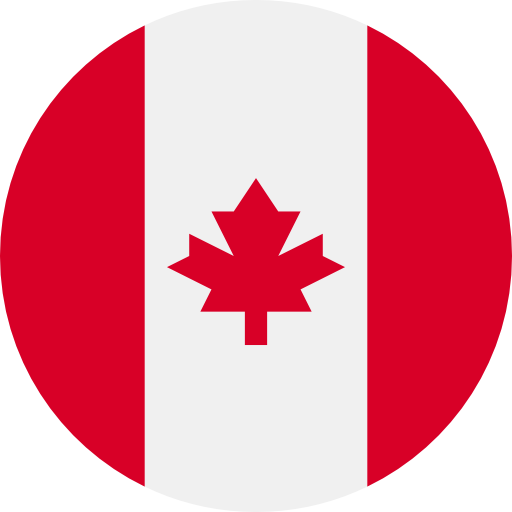 The education system including grade levels and age of entry requirements in Canada are managed by each of the province and territory governments and there are differences to be aware of between each region.

In general, the formal school system in Canada start in an optional kindergarten program, which is then followed by mandatory elementary / primary school starting in the year the child turns five or six.

Students then progress into secondary or high school from grade 7 or 8 through to Grade 12. In some provinces high school is split into a middle and senior school components.

While in most cases there are government standards set by the province, in some cases the districts and individual schools set the rules. Therefore the information provided here should be treated as a general guide only and validated by province and local government.

In Canada children may attend preschool prior to entry into the public schooling system from as young as 2 or 3 years old.

Nursery is operated in childcare centres, crèches, nurseries, kindergartens or playgroups. These are run independently and are not part of the formal Government education system.

In most provinces there is some form of government funding or subsidy available for pre-school and early learning. Pre-school is not mandatory but is taken up by the majority of students.

The formal schooling system in Canada, known as primary or elementary school, commences in most provinces with a kindergarten grade followed by entry in Grade 1. The terminology, age requirements and entry rules are different across each of the provinces.

There are a number of differences between Canadian provinces in the high school terminology and entry grades. In general students will enter high school between Grade 7 to Grade 10.

High school may be a continuous education program or be split into junior or middle school followed by senior high. In most cases, middle and senior high are within the same school, but in some cases children may attend separate campuses.

In all provinces and territories in Canada secondary school runs finishes after grade 12 with the exception of Quebec which finishes after Grade 11, with students then continuing into a tertiary education program to complete the equivalent of Year 12 in other provinces.

In Canada students in Preschool are between 4-5 years old. In the first year of school (usually called Kindergarten) students start the school year at 5 or 6 years old. Students finish Primary or Elementary school in Grade 6 at the age of 11 or 12 years old.

How Old Are You in Each School Grade?

Students in the Canada will usually commence their final year, Year 12, at the age of 17 or 18 years old. At the end of the school year most students are 18 years when they graduate. Use the tool above to calculate what you will graduate high school.

Elementary school in Alberta starts with part day kindergarten in the year the child turns five, with the cut-off date 31 Dec. Kindergarten is not compulsory, with the compulsory age to attend school at the age 6 in Alberta. There is no defined policy to defer or delay a child’s entrance to the following year.

Primary and elementary school starts with a full day kindergarten program in the year the child turns five. Entry into kindergarten is not compulsory, with mandatory school age at 6 years old. Children may defer entry into kindergarten until the following year on application to the school board. Any child may apply for delayed entry regardless of day and month of birth.

Compulsory school age in Manitoba is at the age of 7. Public early education begins at age 5 into kindergarten which can be either full or half day. Kindergarten attendance is not compulsory.

Compulsory school age in New Brunswick is from the age of 5 years old. Children enter full day kindergarten starting in September, provided they are 5 by 31 December in that year. If the child is born after 1 September, then the child may apply to defer entry into kindergarten in the following year.

Compulsory school age is from the age of 6 years old. Public early education begins with part time kindergarten, which is not compulsory, the cut-off age to attend is 5 years old by 31 December.

Compulsory school age to attend school in Novia Scotia is 5 years old, with elementary school starting in grade primary. Age cut off to attend is 5 years old by 31 Dec. It is possible to delay a child’s entry into the following year. Some schools offer a half day kindergarten program in year child turns four.

The first year of primary school in Ontario is Junior Kindergarten, with children commencing in September in the calendar year the child has turn four. Following junior kindergarten, students move into senior kindergarten in the year they turn 5 followed by grades 1 through to 6.

Compulsory school age is in year child turns 6 years old. Public early education begins with full time kindergarten, which is mandatory. The cut-off age to attend in that year is 5 years old by 31 December.

Quebec has some similarities to Ontario in that it offers a two year kindergarten program integrated into the primary school system.

School in Quebec historically had commenced with students entering Primary / École primaire with the first year being kindergarten or maternalle. The child must be 5 years old by 30 Sep to gain entry in that year, otherwise commence the following year.

In recent years, Quebec has moved to introduce 4 year old pre-kindergarten / prématernelle from the age of 4 in all schools. In this case child must be 4 by 30 September to commence that year. There is no defined policy to defer or delay a child’s entrance to the following year.

Compulsory school age is in the year the child turns 7 years old. Kindergarten starts with an optional half day program; children must be 5 years old by 31st Jan to attend in that year.